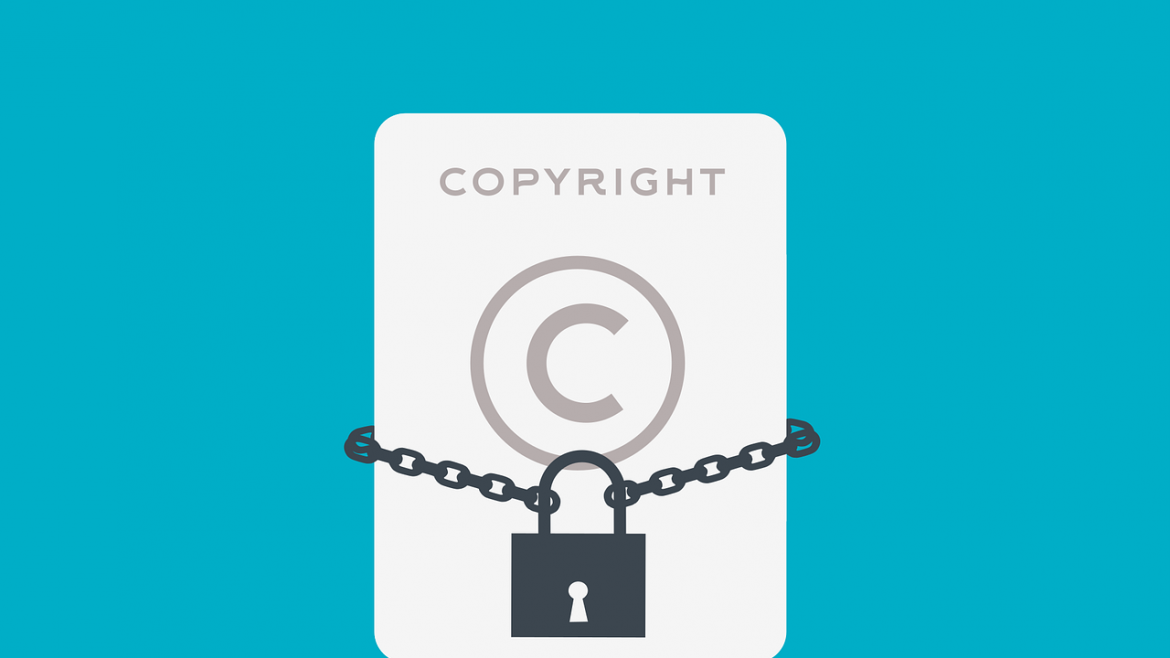 Technology and intellectual property (IP) are the keys to winning the commercial battle at a time when artificial intelligence (AI) is making remarkable progress. A target company’s history, relevant qualifications, material assets and liabilities (including intellectual property assets), external guarantees (such as those provided by third parties), significant contracts, affiliated relationships and tax payments are all examined as part of the general legal due diligence process for any business transaction.

The most ideal decision to make in Mergers and Acquisition (M&A) is to independently hire IP counsels to investigation IP related concerns with regards to trademarks, patents, copyrights, and trade secrets that a transaction may require while performing due diligence.

Intellectual Property of every kind has a unique set of rights that can be only used by the owner of that IP. Every IP essentially establishes a monopoly on commercial use of asset over which the IP right exists. This prohibits any other person or entity from using that IP without the IP owner’s permission or license.

Since all business in today’s times own some sort of Intellectual property, whether registered or not, there exists an intersection between IP and M&A transactions, which will be discussed further in this article.

The terms Mergers and acquisitions are frequently used synonymously; however, they are not the same. Consolidating a corporation involves mergers and acquisitions. Acquisitions refer to when one entity takes control of another entity through a variety of means such as purchasing a majority stake in a subsidiary company, controlling the management of the company, etc., whereas, Mergers imply the joining of two or more entities into one.

In order to gain access to a wider market, lessen competition, boost sales, efficiency, and capabilities, two businesses that are almost the same size often decide to merge. The acquisition, on the other hand, occurs when a dominating firm buys a subsidiary company. Most mergers take place amicably. Acquisition, however, might take place in a favourable or hostile environment.

The objective of Mergers and Acquisitions is to provide the buyer immediate access to the intellectual property of the target. An “IP transfer chain” refers to the process of transferring IP assets and the right to use them from the target organization to the buyer. All parties must agree that transferring IP assets makes strategic and financial sense. Operational and legal transfers of IP assets to third-party service providers become more difficult if the M&A deal results in additional restructuring, such as the outsourcing of critical IT activities after an M&A agreement.

(1) Preliminary Phase begins with the establishment of a proper strategy and the search for a qualified candidate which form prerequisites for merger- or acquisition-driven expansion. The deal plan must provide access to the target’s new intellectual property assets.

(2) Transactional stage comprises IP due diligence assessments, IP integration planning, business valuation, and the actual transfer of liability and control over the firm or its shares. A thorough evaluation of the target’s IP assets can identify the IP risks and integration opportunities. The IP due diligence prevents potential infringements of third-party intellectual property rights and guarantees that IP rights are managed with care throughout an acquisition or merger. For an M&A deal to continue, the value of the target is the deciding element. Targets are evaluated based on their working capital, fixed capital, intangible assets, and intellectual property.

(3) Integration Stage signals the change from planning mode to execution mode. In this step, the target’s IP assets, identified during the acquisition phase, are incorporated into the new post-merger company.

DUE DILIGENCE OF IP

The IP due diligence assists the acquirer in determining the value of the IP assets of the target and in identifying and verifying the IP asset ownership. Additionally, the Acquirer can learn about any prior litigation involving IP and can investigate third-party claims. The IP Due Diligence also provides information on the IP’s protective scope, relevant territory, and duration. The due diligence of intellectual property not only benefits Buyers, but also helps Sellers by ensuring that they are not paying to retain useless IP and by alerting sellers to any possible danger or issue with IP that might impede sales.

STAGES OF CONDUCTING DUE DILIGENCE

Prior to beginning the IP due diligence process, the acquirer and the target should execute a mutual non-disclosure agreement. This is necessary to secure the information revealed throughout the procedure in the event that the transaction falls through.

Stac v. Microsoft is the ideal example of the need to signing a non-disclosure agreement. Microsoft stated a willingness to collaborate with Stac on a data-compression tool named Stacker, intending to incorporate it in MS-DOS 6.0, a 1993 upgrade to Microsoft’s widely used personal computer operating system. Nonetheless, the license deal was never finalized, and a few months later, Microsoft released an operating system upgrade that included DoubleSpace, a compression tool based on the same method as Stacker. Stac filed suit against Microsoft for many infractions, including patent infringement, copyright infringement, and breach of trade secrets, based on evidence obtained during the due diligence process. Stac was awarded 120 million dollars in compensatory damages for patent infringement and a permanent injunction to prevent future infringements. Microsoft was thus compelled to change its operating system and eliminate DoubleSpace from the software bundle. An NDA can prevent the misuse of confidential information of the parties.

The target must disclose its IP assets in an honest and open manner to the buyer. This may be accomplished by distributing an exhaustive list of the target’s assets in the data room. The acquirer might also distribute a questionnaire outlining the needed information. As a category of assets, intellectual property includes trademarks, copyrights, designs, patents, and trade secrets.

The assessment procedure should essentially include the following:

IP rights are geographical in character and have a limited duration of validity. Therefore, it is essential to analyse the target’s intellectual property rights in the jurisdictions where the purchaser intends to use them. As part of this process, the acquirer must identify the countries in which it intends to use the IP rights, the target’s IP assets in those jurisdictions, as well as the IP title and validity in those countries.

The Sanofi-Aventis mega-merger, for example, was stuck in patent disputes concerning its three best-selling pharmaceuticals because product clearance and due diligence were not done in each geographic region, resulting in no income generation.

Identifying any third-party rights in the target’s intellectual property (IP) is of crucial importance. In the event that third-party rights do exist, the nature and scope of such rights must be investigated, since they might impede an acquirer’s ability to use the IP. When it comes to intellectual property (IP), it is often sufficient to evaluate and analyse the target’s contractual relationships with third parties in order to determine if there are any external rights in the target’s IP.

To ensure that the acquirer may continue to utilize the IP after the purchase, it is critical to evaluate and analyse any potential disputes that may arise. If the cornerstone of the deal is a contested brand, and the use of the brand is expected to be compromised or injuncted as a result of the litigation, it would not make sense to buy the disputed brand, since the acquirer’s rights to the brand will be restricted. Even when litigation is pending, if an acquirer decides to go through with an acquisition, the time and expenses involved in defending the lawsuit after the purchase should be considered in, since the advantages of the acquisition should not be outweighed by these costs.

The final due diligence report is generated once all components of the investigation have been completed. Due diligence reports, as a general practice, outline the risks, obligations, and rewards involved with the deal; as well as plans to manage such risks and liabilities and if the purchase makes commercial sense.

This means that the buyer must acquire any and all intellectual property rights of the target firm that exist in any country where such rights exist. In order to maintain the validity of the IP and to enforce the rights of the purchaser, the transfer of ownership must be recorded in the proper jurisdictions in a timely manner.

In addition, if the modification isn’t recorded quickly away, it might lead to the following:

EXAMPLES OF IP DUE DILIGENCE IN M&A

When the Clorox Company bought the PINE-SOL trademark and related business from American Cyanamid in 1990, Clorox intended to expand the acquired business by including the PINE-SOL mark on other goods to capitalise on the mark’s strength. However, the purchase of the mark was contingent on a 1987 agreement between American Cyanamid and the proprietor of the LYSOL trademark to resolve other outstanding challenges. The preceding agreement restricted the use of the PINE-SOL mark to “general-purpose, generic cleaners,” so preventing American Cyanamid (and later Clorox) from broadening the mark’s usage to other goods. Clorox unsuccessfully attempted to invalidate the provisions of the agreement through lawsuit.

When trademarks used on major commercialised goods are not registered for use in conjunction with those commodities, another hazard can develop. If this is the case, the purchaser should confirm that the mark is still accessible for registration for use with these essential goods.

In 1988, Nestle completed the acquisition of the Rowntree business. It was the largest takeover by a foreign company of a company based in the United Kingdom. As part of this transaction, Nestle committed to purchasing Rowntree PLC for approximately $4.5 billion US. The acquisition of well-known brands like Kit Kat, Yorkie, and Rolo was the primary aim of this business transaction.

An M&A evaluation can help you uncover potential value detractors in your business and aid with the creation of important papers, business strategies, growth plans and overall M&A readiness. According to a survey by PricewaterhouseCoopers, just 20% to 30% of firm owners’ transition plans are successful. When it came to M&A failure, the study found that eight out of ten firms failed because they didn’t do enough pretransition preparation.

Buyer due diligence is sometimes performed in conjunction with the help of outside experts hired by the buyer. When conducting due diligence, it might take anything from 30 days to 90 days. Third-party advisers will spend time at the company’s main headquarters looking over prepared information they have been provided with. An accounting firm, an industry consultant, an attorney, an environmental consultant, a labour attorney—to name a few—are among the third-party advisors that the prospective buyer may hire to conduct an audit and tax review of the company’s business model and future opportunities, as well as a legal review of the due diligence process. 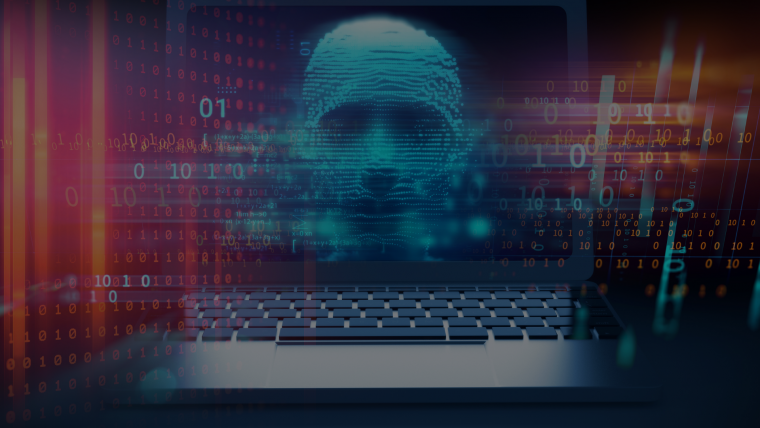 Web 3.0 – Next Generation of Internet 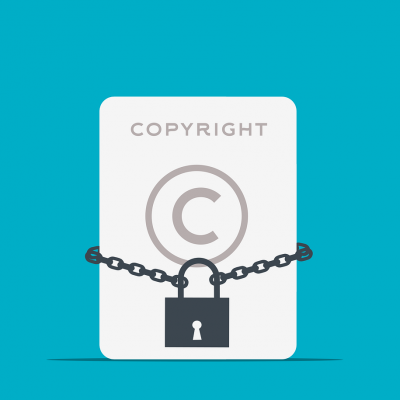 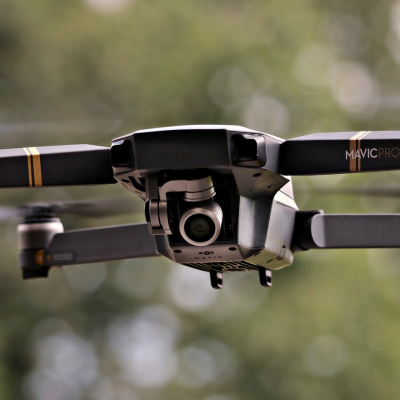 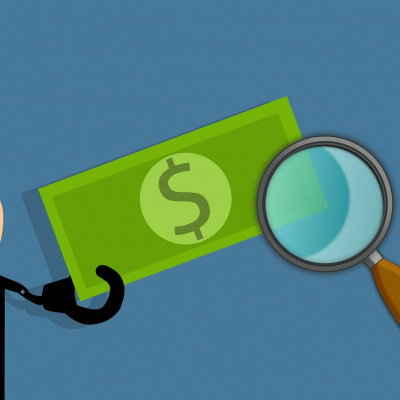